Patrizia Bach has created drawings that reply to a philosophical work. They are visual responses to a conceptual work, or more precisely, to its aesthetic dimension, which has received little attention until now. Bach not only read Benjamin’s manuscript of the Passagen-Werk (published in English as The Arcades Project), she also examined it, too; she did not simply see what it had to say, but also saw what it showed her: the streak of the line, the order of the letters on the surface, the treatment of the paper—but above all and before anything else, the many marks that Benjamin made with colored pencils on his pages. Looking at the manuscripts in the archive, she saw paper strewn with various signs, pages with colorful crosses and boxes, triangles, dots, circles, and ovals, in comparison to which the 1982 German edition of the Passagen-Werk looks like a pale abstraction.

[…]
Like Benjamin’s signets, Bach’s drawings also function as a process of decoding: she chooses images that visually thread through The Arcades Project and are as intertwined as they are interlinked.
Bach employs a variety of processes to construct imagery out of the documentation of The Arcades Project. She adopted the dimensions of the manuscript for her drawings, keeping in mind Benjamin’s division of the manuscript pages as a guide for structuring the planes. She adds the letter-number combinations from The Arcades Project to the images and when the quotes in the manuscript are labeled with colored signets, she uses the corresponding colored pencil. In order to come up with her visual ideas she visited the Parisian sites mentioned in The Arcades Project and used what she found there as the starting point for her drawings. A time lag is inscribed into her pictures. She does not do as Benjamin did when he referred to the early days of the epoch—out of which, in conjunction with the present, he derived a dialectical image; instead, with The Arcades Project in hand, she explored the places in Paris that are now twice as far back in time.
[…]
Although Bach’s drawings may be dreamlike, their interconnection is anything but dreamy. As a kind of hypertext, they invoke a dialectical image in the strictest sense, which, according to Benjamin, provides insight into the present time. By connecting the Arcades fragments not just through her drawings, but also by digitally linking them to each other via the colored signets, she extrapolates a practice of reading guided by images and symbols, as well as a form of perception made possible by digitalization. Additionally, Bach’s process of creating pictures perfects in yet another sense an “awakening of a not-yet-conscious knowledge of what has been” (N 1, 9). By uniting writing and drawing and then showing how images arise out of inscription, she reveals what has been buried by the usual, prosaic way of writing with a keyboard. Linking drawing and writing recalls the pictorial quality of writing, which is a process of realization–and not just for Benjamin..[…] 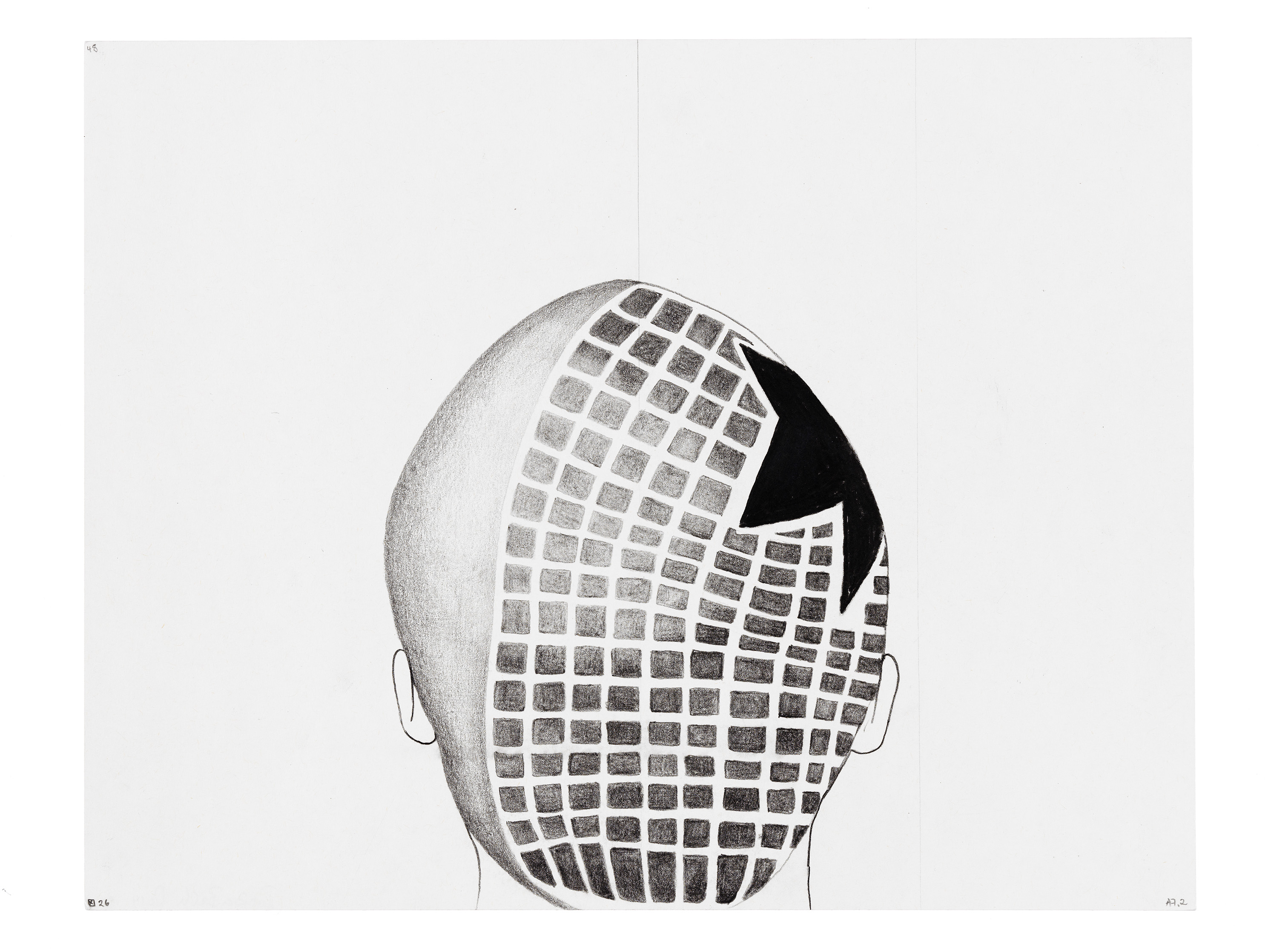 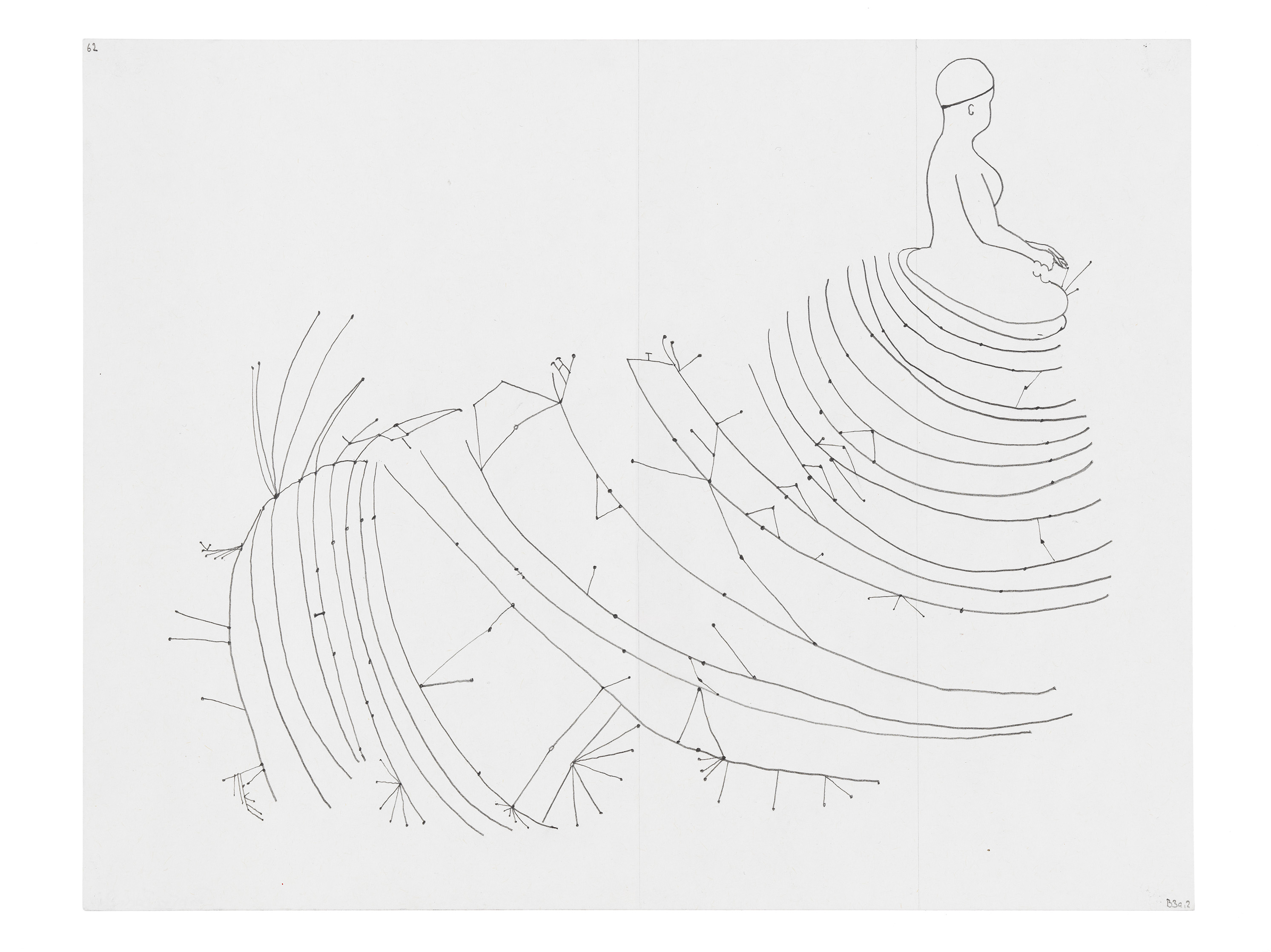 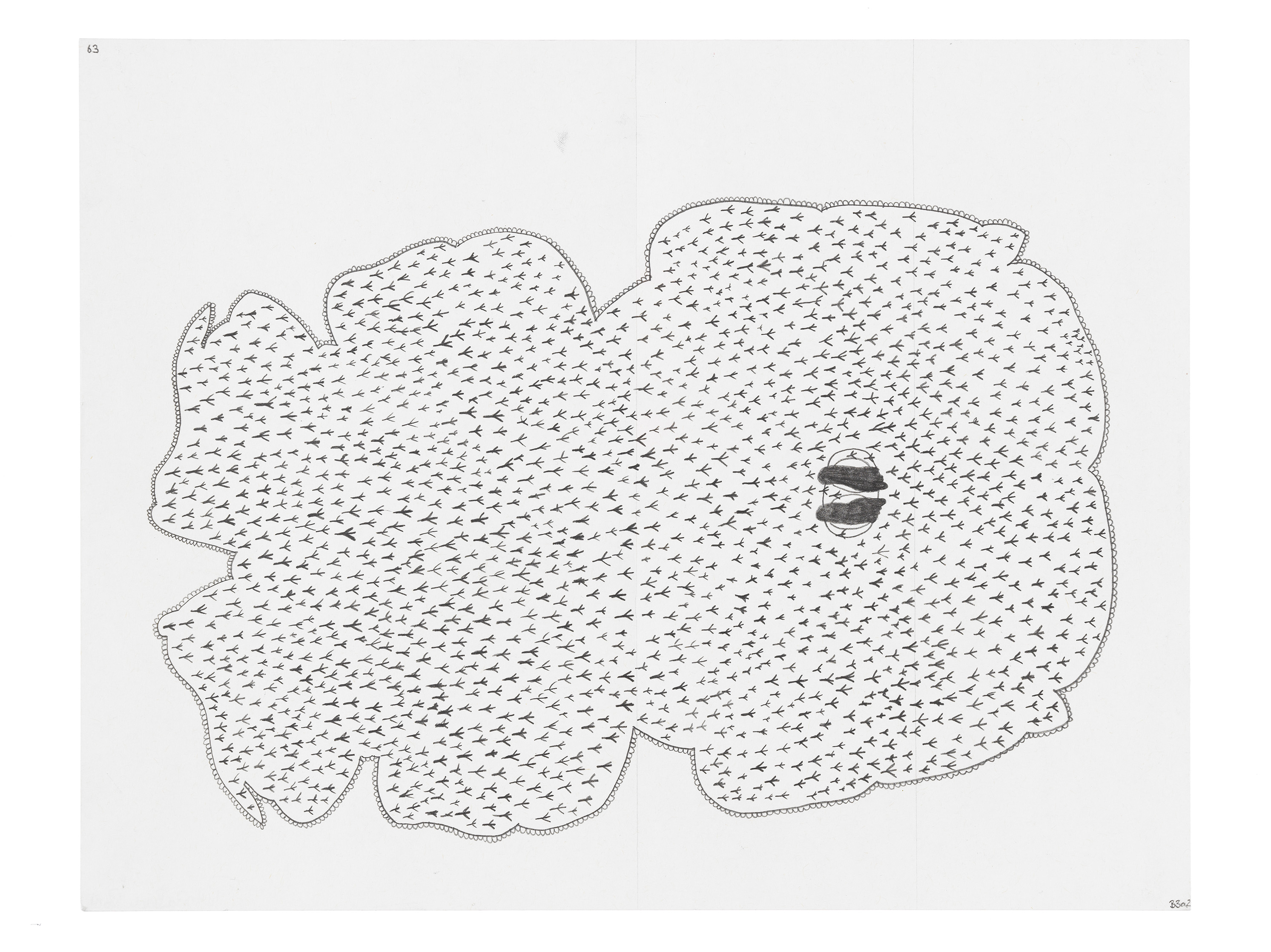 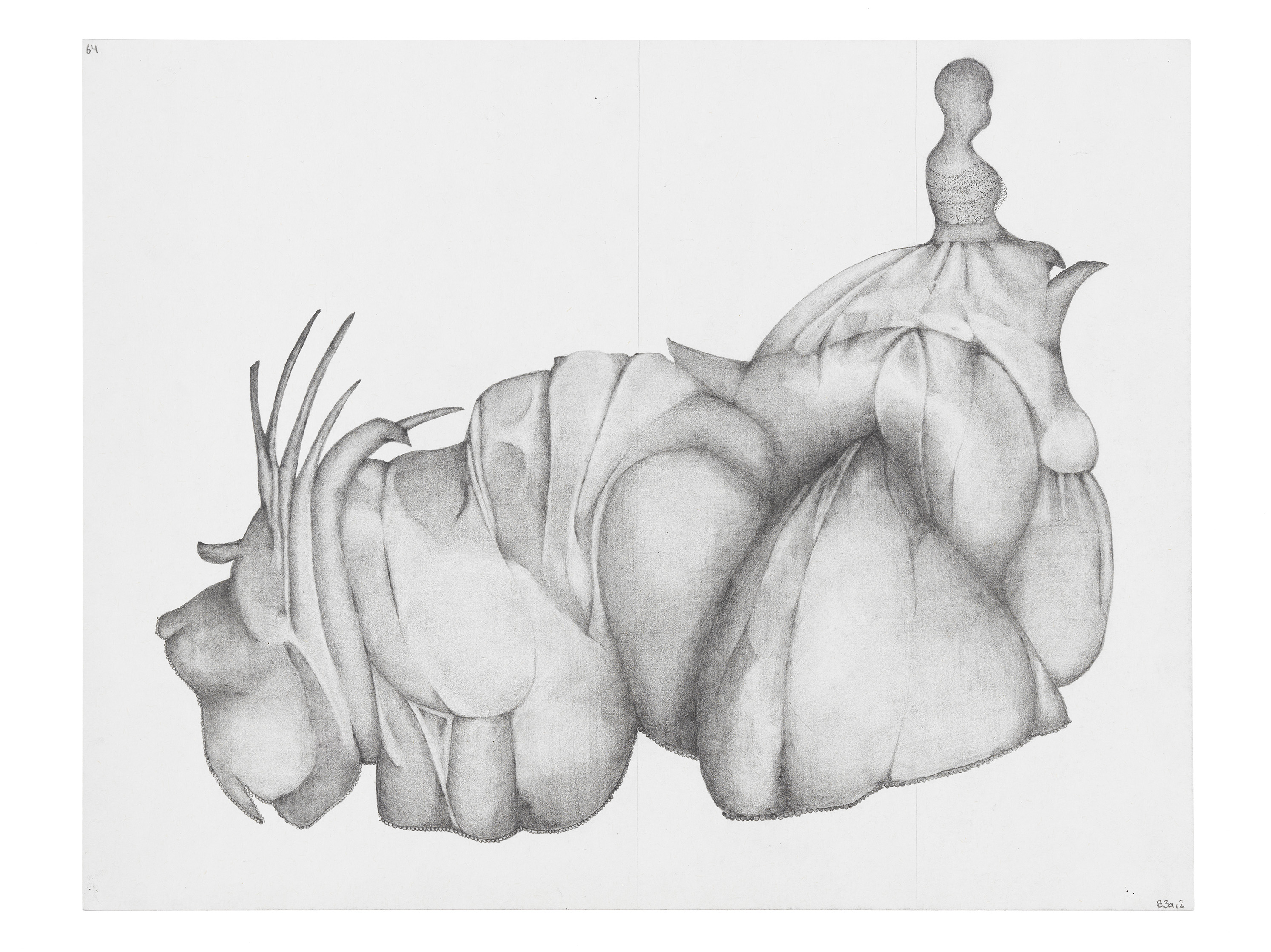 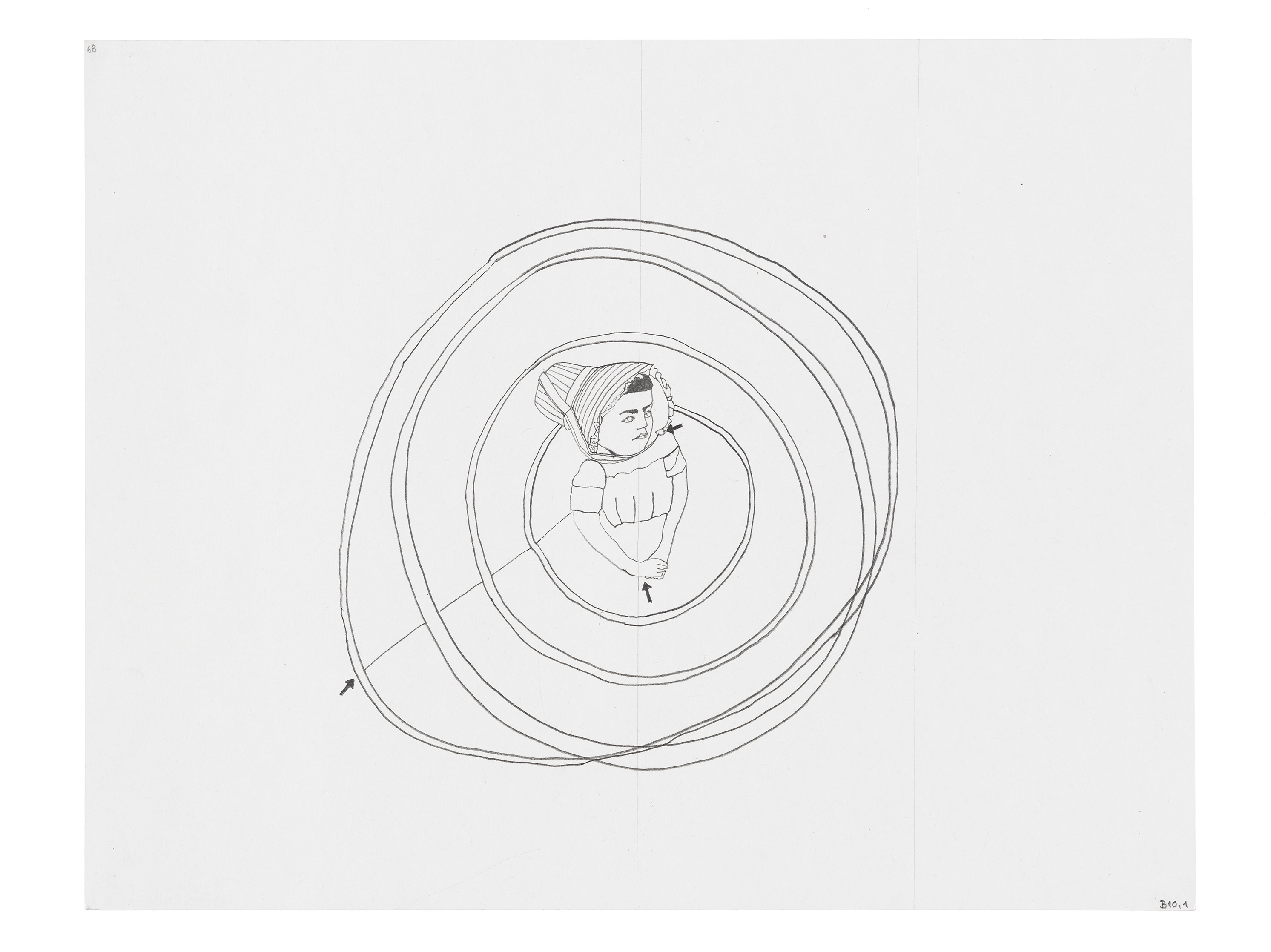 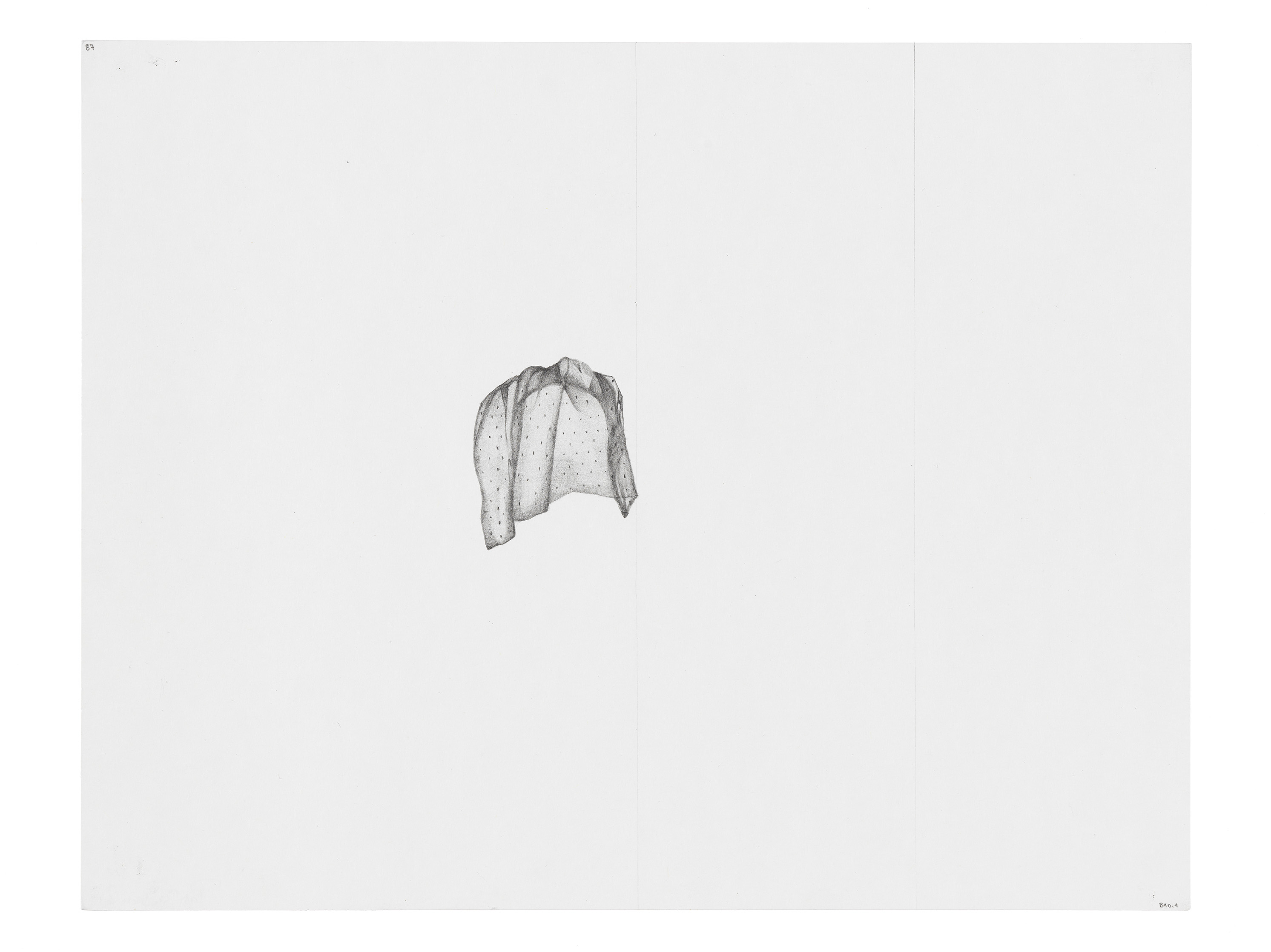 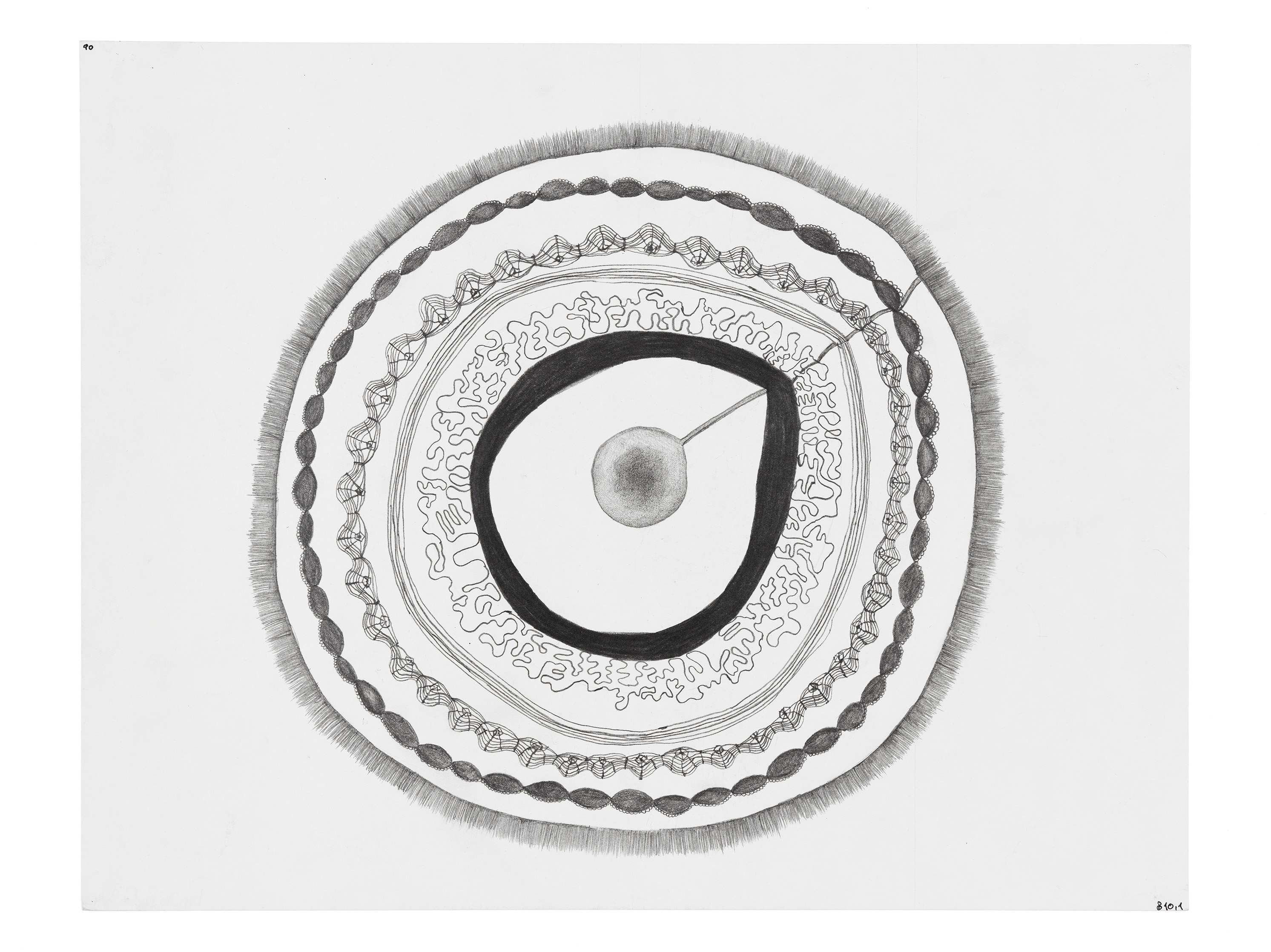 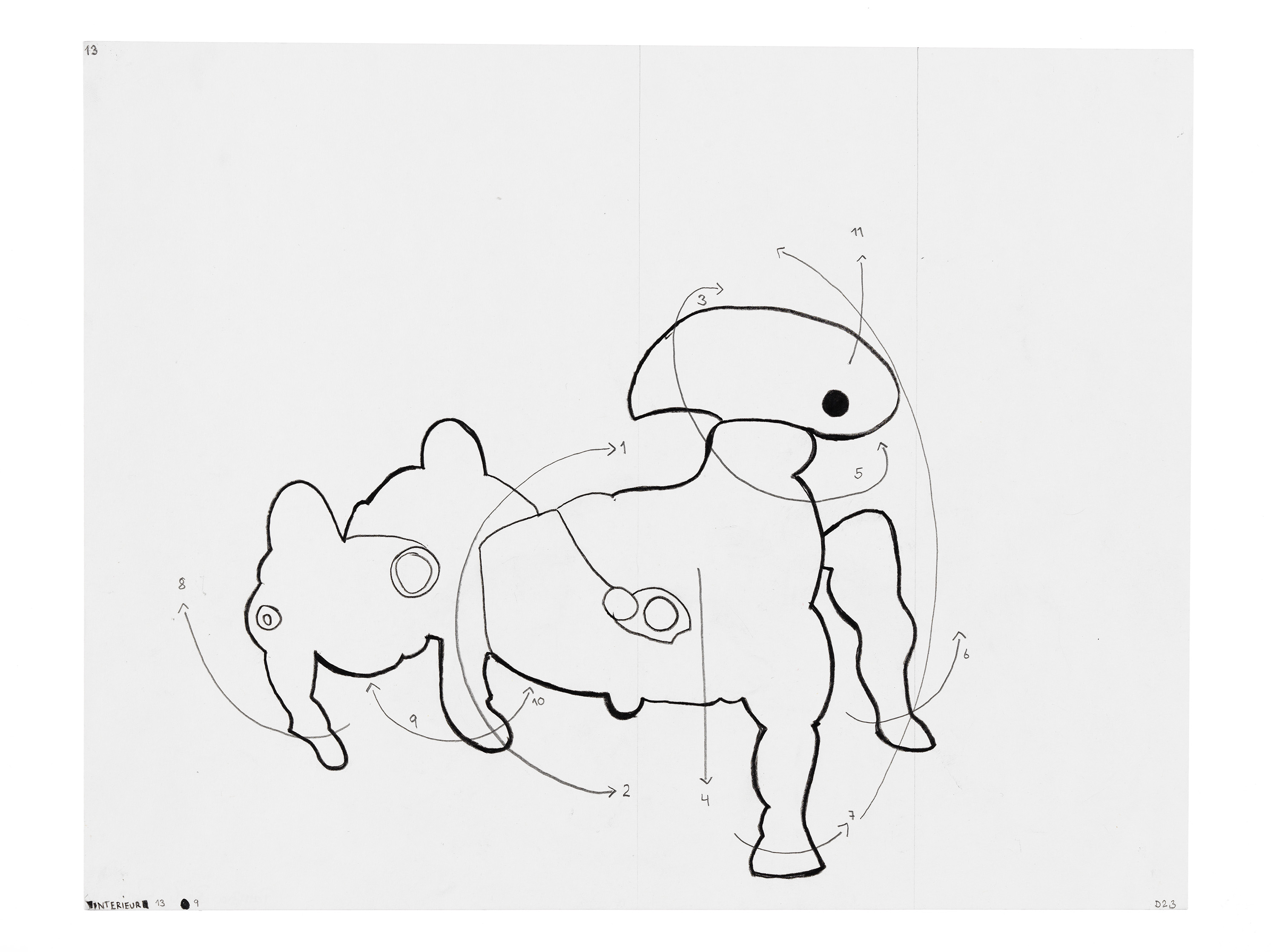 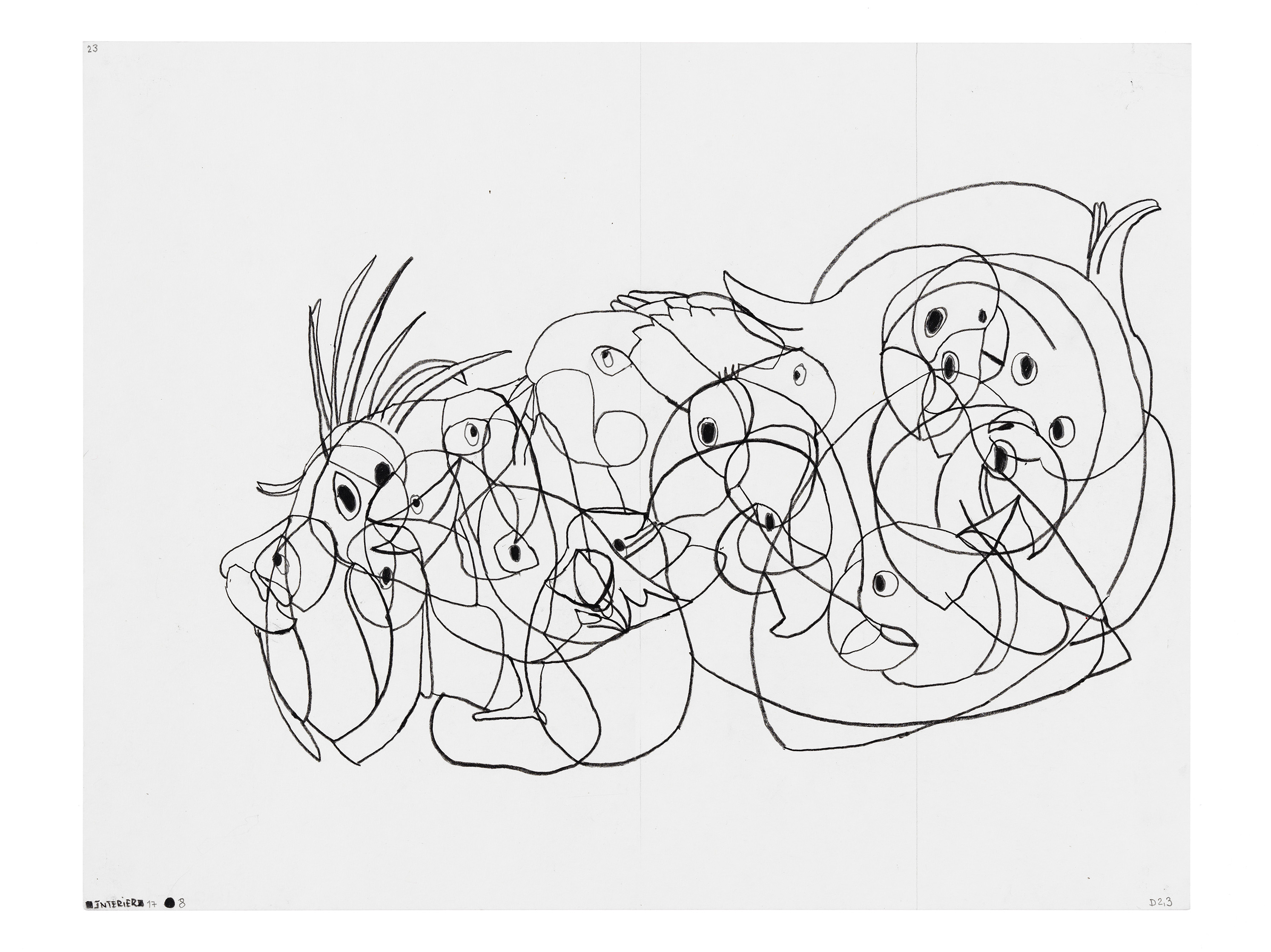 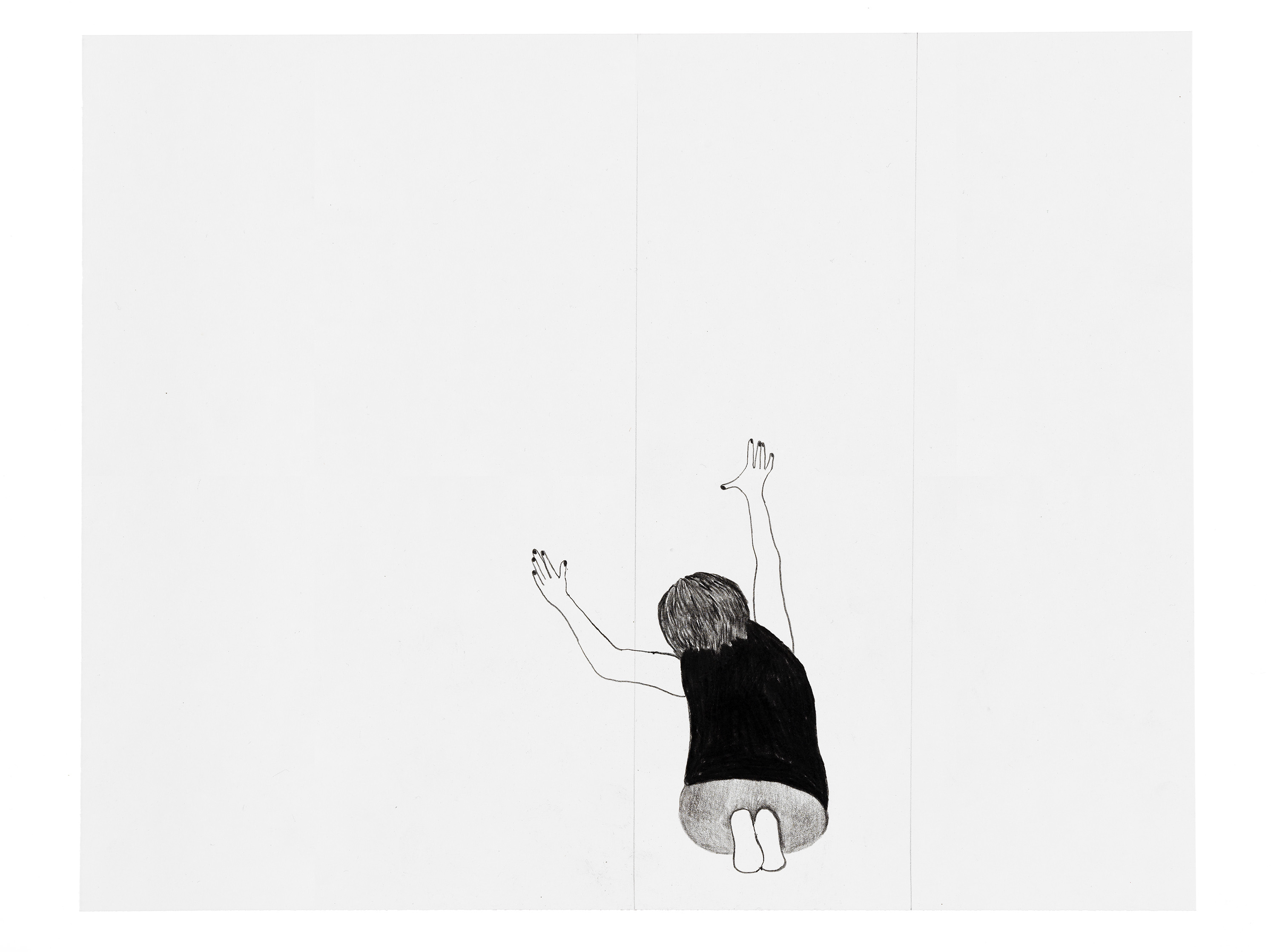 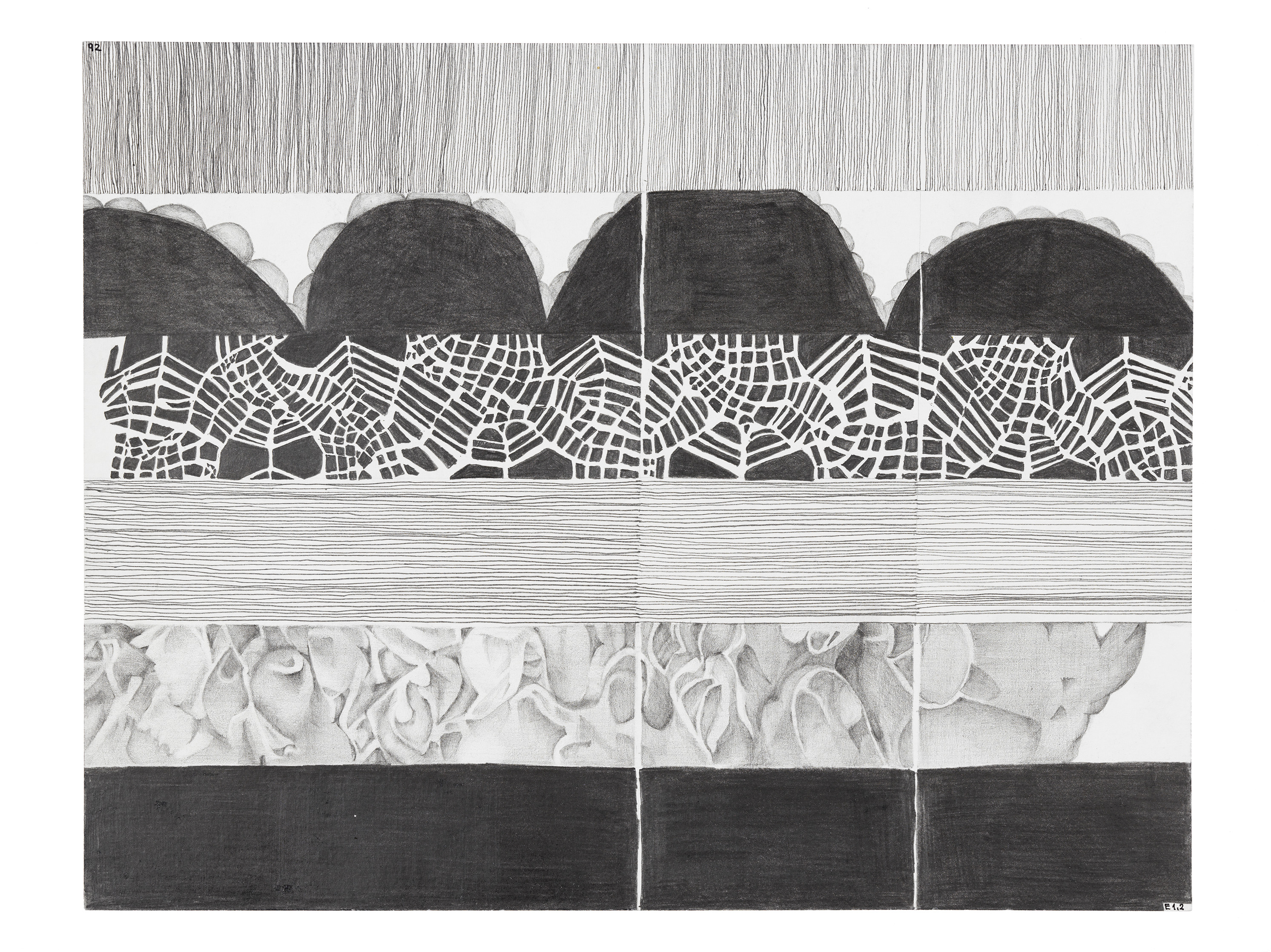