Award: Shortlst of the most beautiful books in Germany, 2018
–> Stiftung Buchkunst

Published with 39 special editions [see pictures on the link above]
–> available at gallery oqbo, Berlin 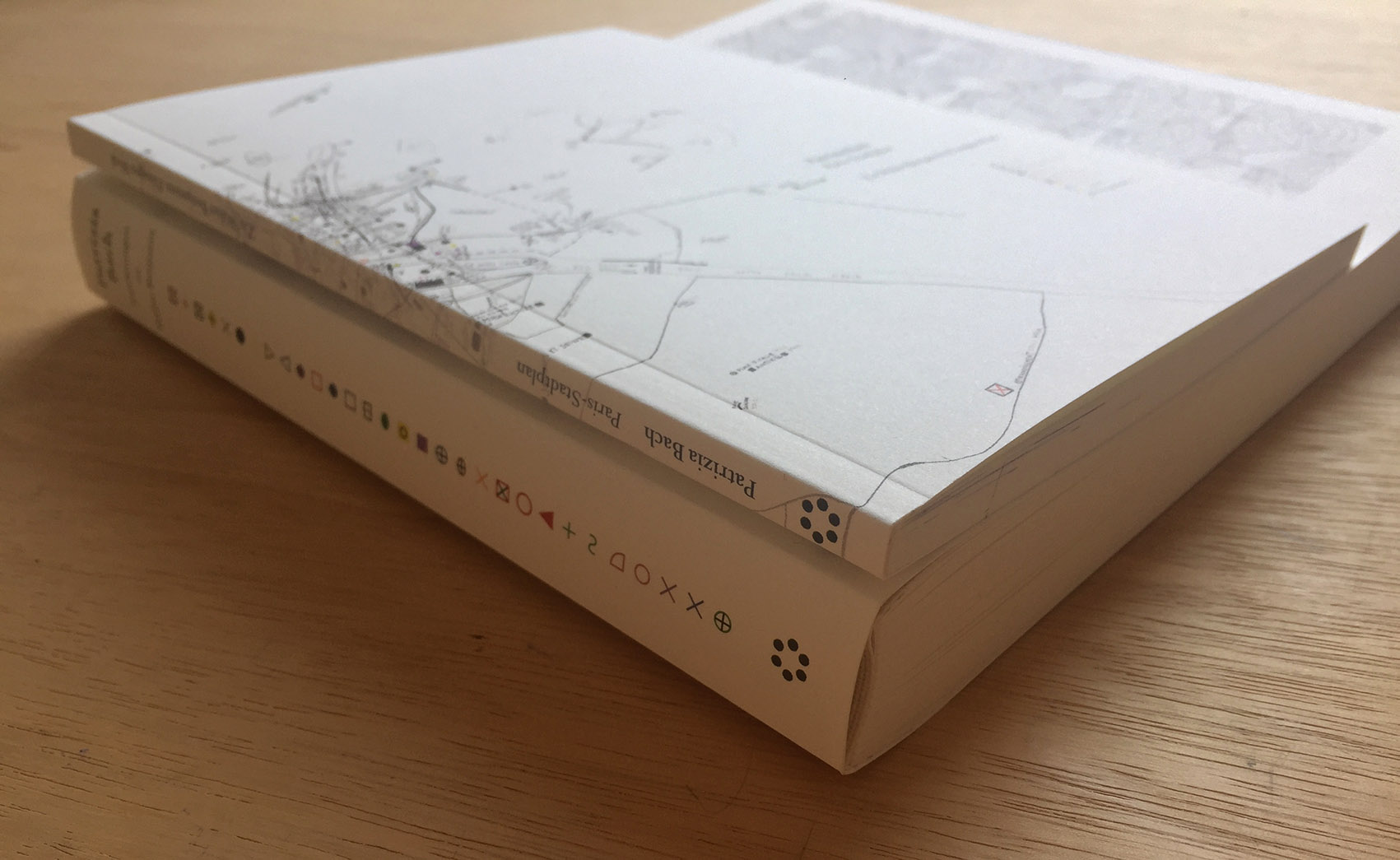 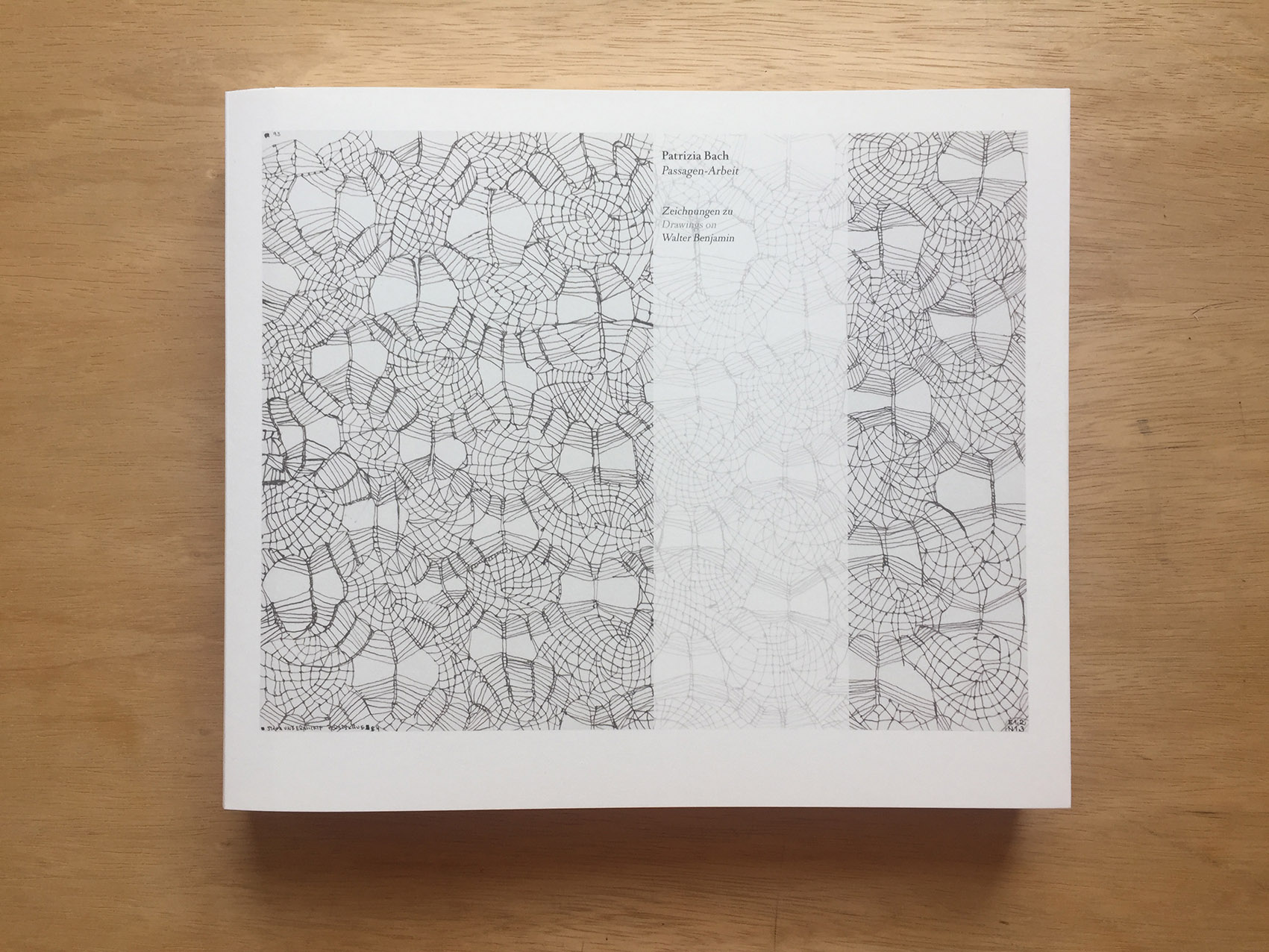 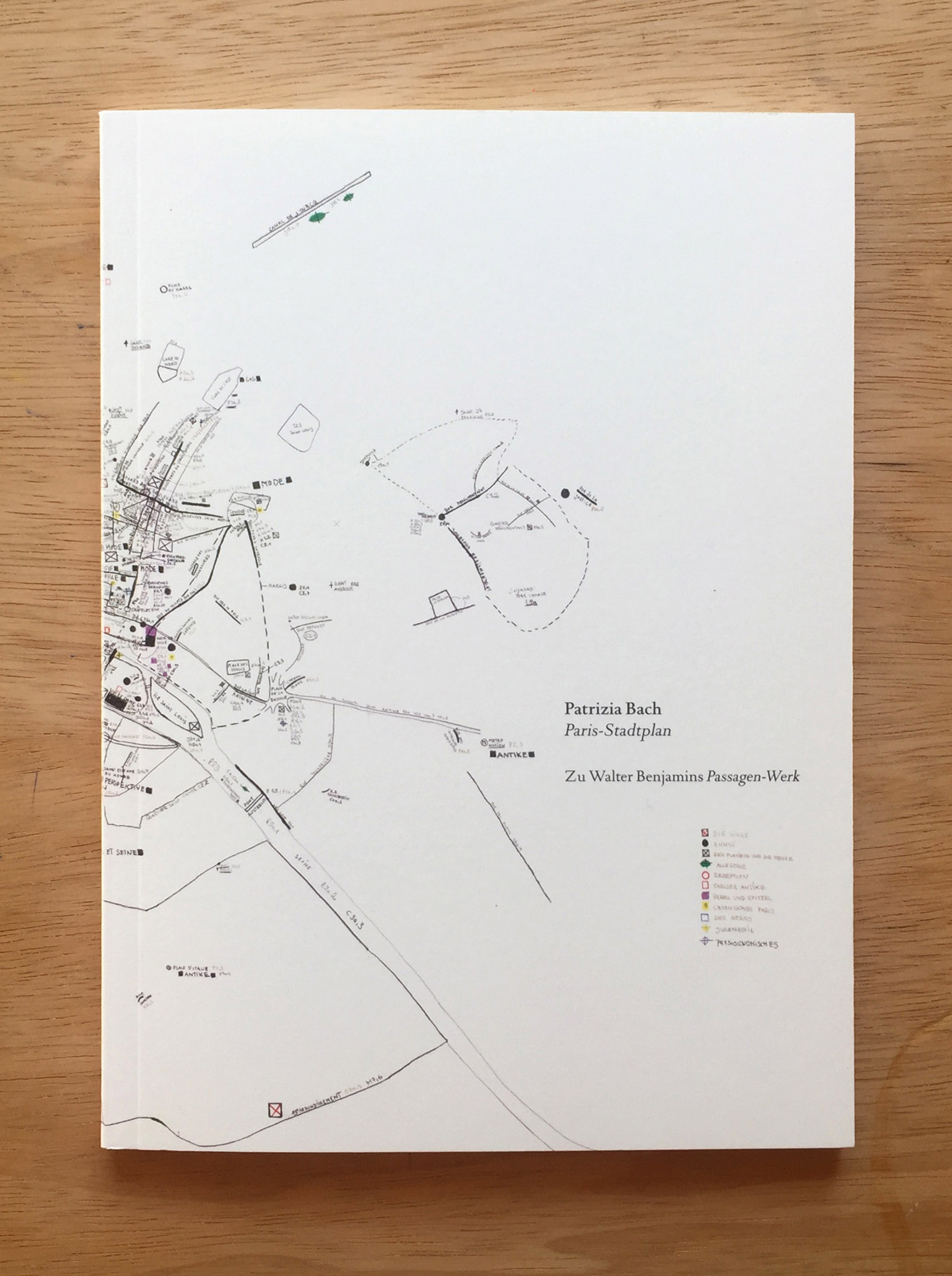 The publication brings together an overview of my longstanding engagement with Walter Benjamin’s Arcades Project: a bundle of notes spanning over 4000 quotes that Benjamin collected together during his years in exile in Paris, constructed in Bibliothèque nationale, between 1927 until his death in 1940.
Ever since I set eyes on the manuscripts in the Walter Benjamin Archive in Berlin for the first time in 2012, I could not relinquish myself from their unique qualities. The meticulously executed pages and their countless coloured markings appeared to contain meanings otherwise lost in the subsequent editions of the published work.
Benjamin created connections within his notes in a number of ways: through the convolutes he constructed, through the symbols already mentioned, and through words buttressed by black boxes, inserted the end of certain fragments.
Emanating from a graphic interaction with the work, a number of projects emerged: I followed in Benjamin’s footsteps to Paris and translated his colored symbols into an online digital format; I also built up a series of over 150 drawings that take up Benjamin’s methodologies: each of the drawings connect together. When dealing with such a work that resists the medium of a book and its linearity – the question arises as to how (and if) such a work should be wrenched back into the form of a book.
I answer this with an invitation to browse. The order of the drawings follows Benjamin’s convolutes – but, at the same time, they can be approached through all their possible connections: from one drawing to the next, from there to associated text, from there through the colored markings, from there to a corresponding drawing, and from a site in Paris and to the enclosed Walter-Benjamin-City-Map. 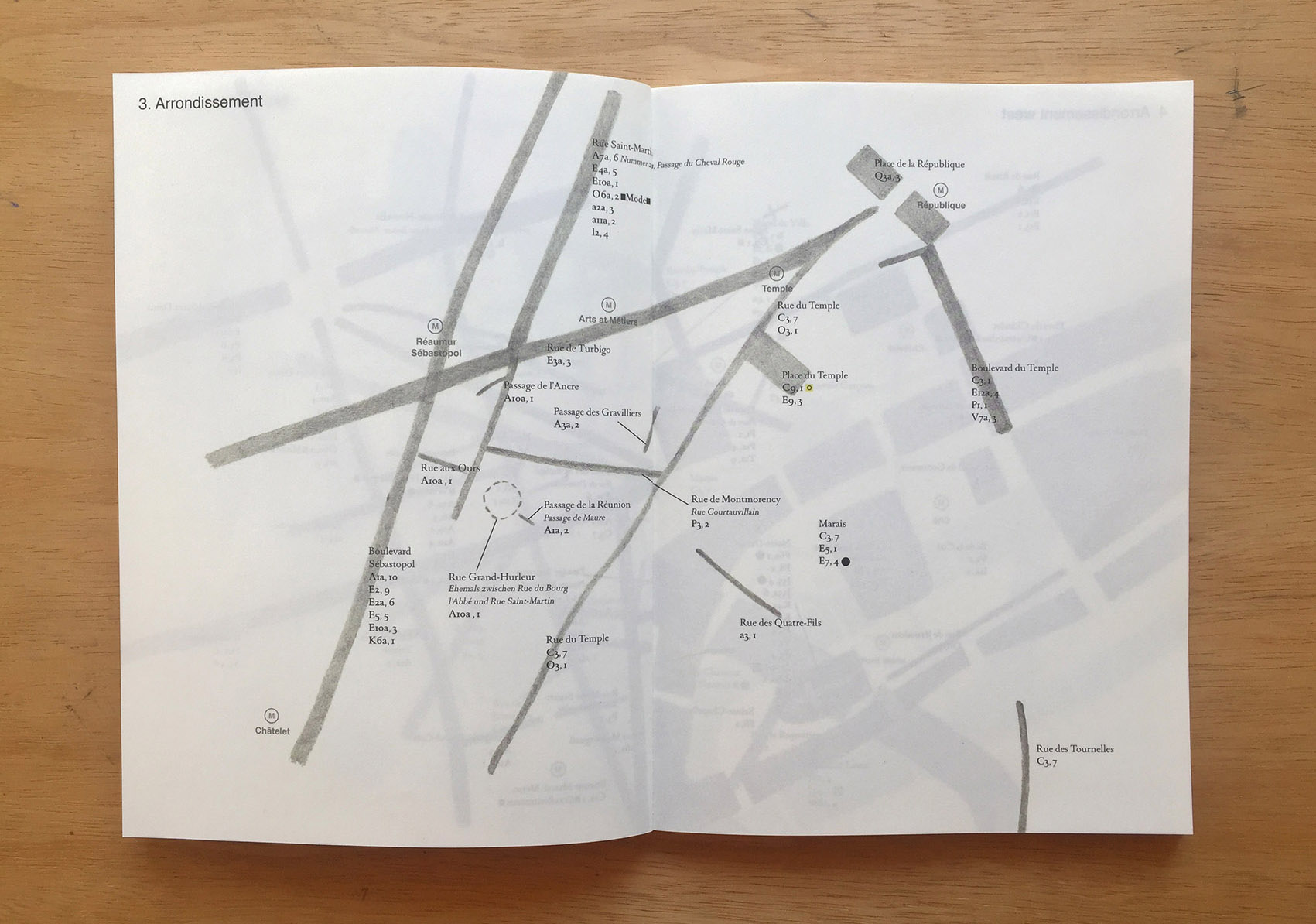 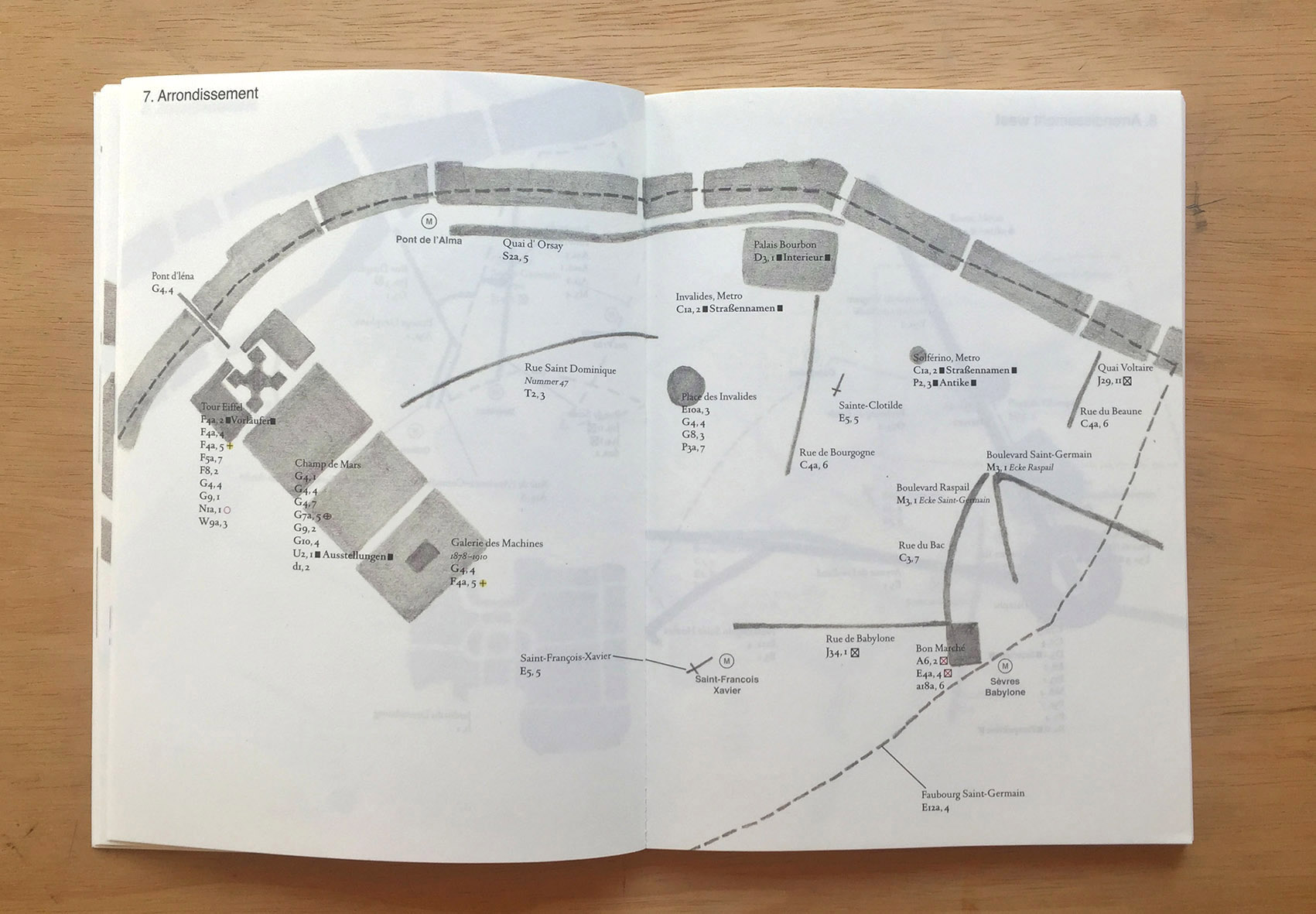 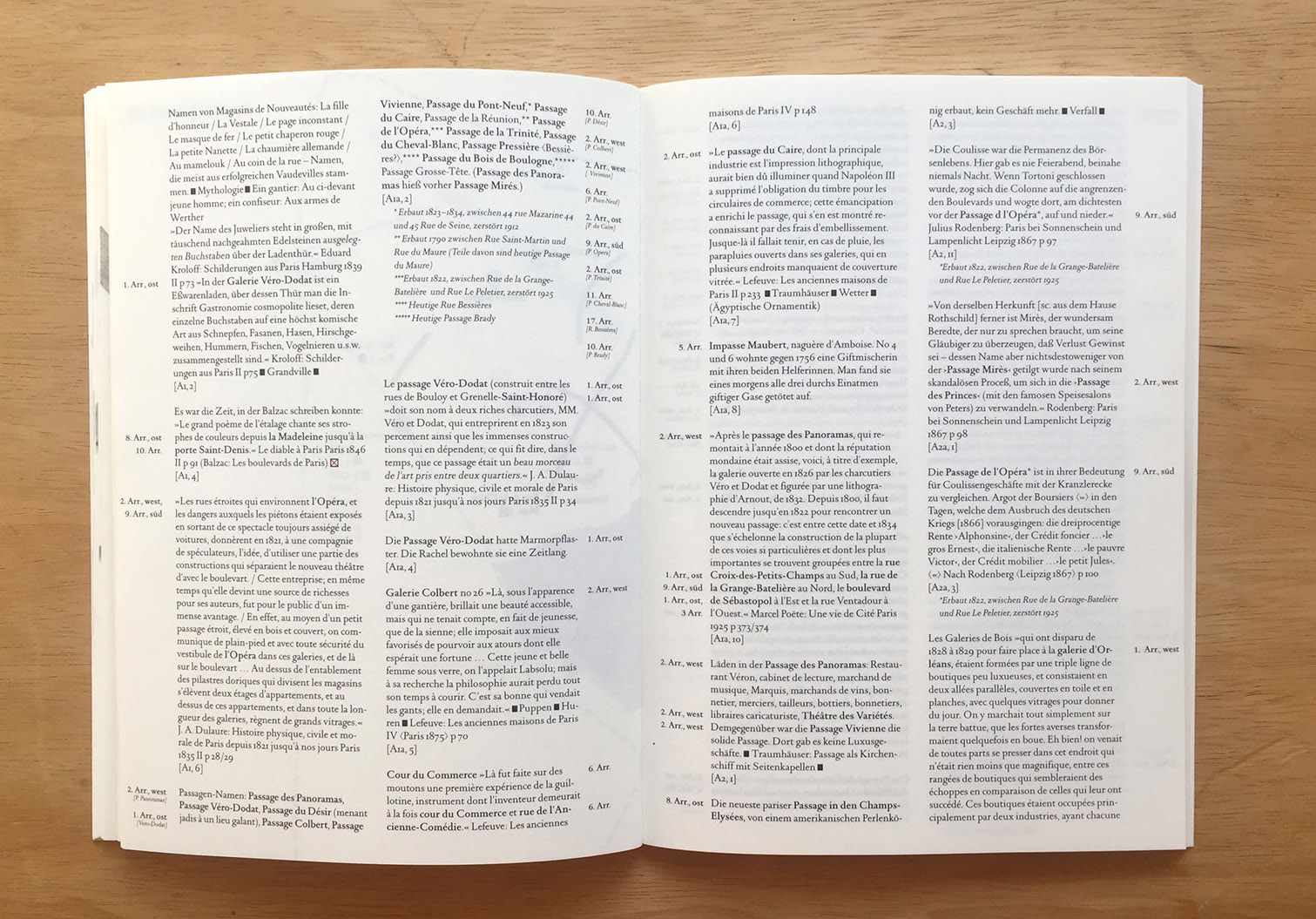 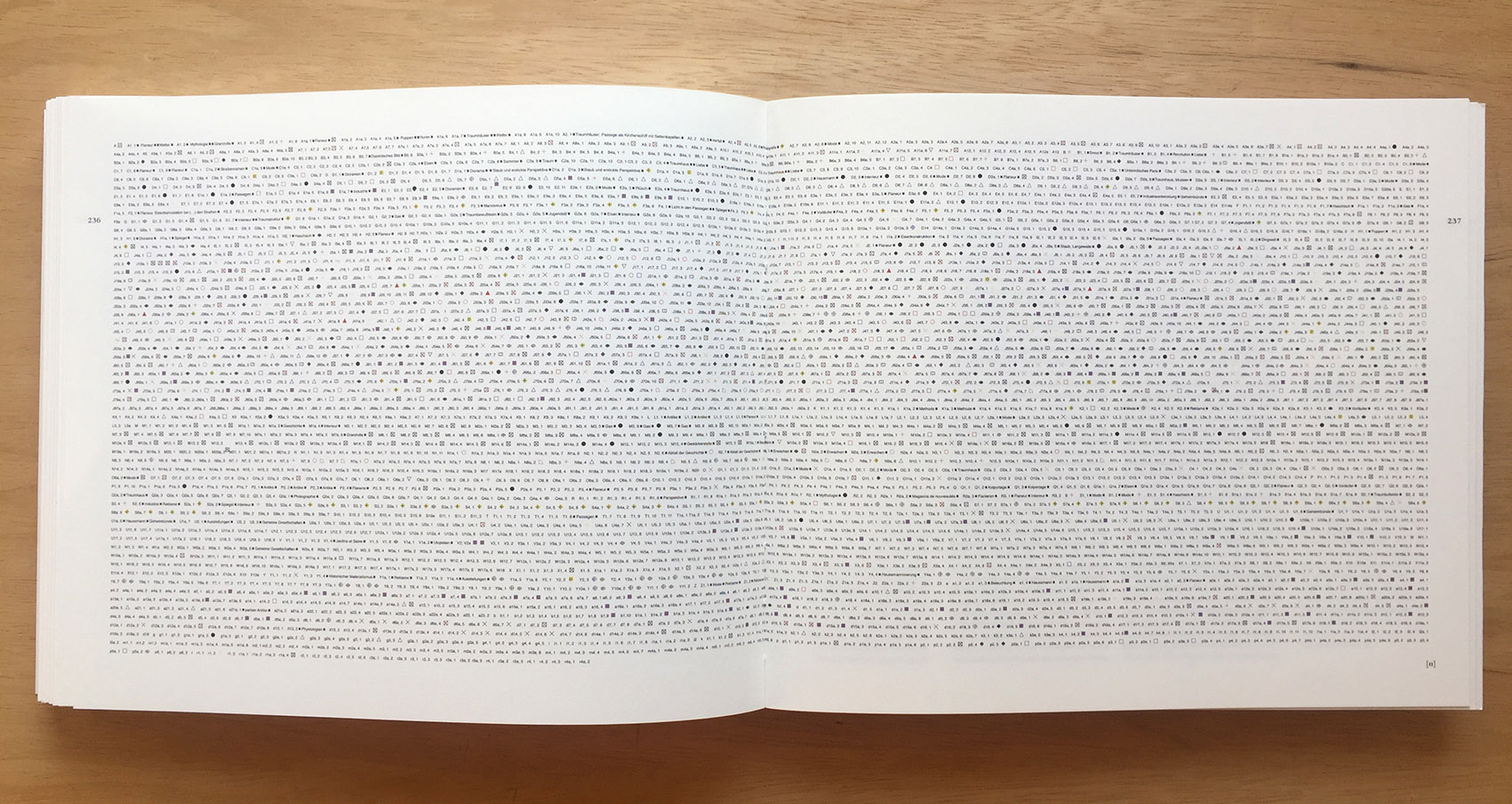